The OOH Winter of Game Of Thrones arrives to Milan

Milan has been the protagonist of the big outdoor campaign realized to celebrate the lauch of the last season of the american TV series “Game Of Thrones”, which debuted during the night between the 14th and the 15 th of April on Sky Atlantic, streamed on Now TV. Many players have been involved in the project including IGPDecaux that contributed to the campaign with a rich Out of Home mix. The characters of the Tv series were the protagonists of the OOH advertising, well reproduced in the visual of the several urban structures involved in the campaign. Different players have contributed to this project including IGPDecaux that took part in the campaign with a rich Out of Home mix.

In Milan, IGPDecaux realized a Station Domination at the underground station of Duomo, which has been entirely branded to give all passengers an impactful external communication. Moreover, Digital Networks covering three lines has been set up in the underground stations making the campaign even more effective.
But the media mix planned for the campaign was even richer: digital shelters and Brand Shelters set up with images of an authentic Throne, the same as the one long-awaited by the protagonists of the series- caught the attention of passers-by, within the fully wrapped vehicles that crossed the streets of the city throughout the campaign period.

Thanks to the various media involved, the waiting time at the bus shelters, the people’s daily movements around the city and at the underground stations, immersed all the fans into the imaginary world of the TV series, through its protagonists and the symbolic city "King’s Landing". The fans have also been invited to participate in the online survey, voting for the character most likely to win the Throne by the 11th of April. The winner would have been announced on the following day with a surprise for the city of Milan.
The result has been revealed to the public during a flash mob organized at the underground station of Duomo where a string quartet interpreted the show's enthralling soundtrack. At the same time, the visual in the background has been replaced with a new one communicating the name of the most voted character.

Overall, the campaign was realized by the creative agency Alkemy digital_enabler with the collaboration of ABC Production, the OOH specialist media center Kinetic and the media center WaveMaker.

Condé Nast Italia announces with IGPDecaux the opening of the Experience Store Frame in the milanese headquarters in Piazzale Cadorna. 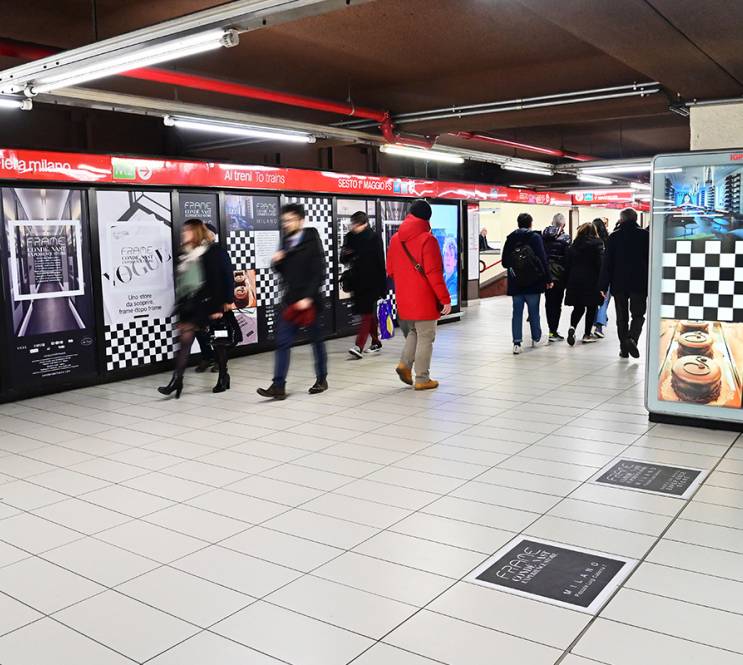 Peroni, the famous Italian beer company, is the protagonist of the OOH campaign realized by IGPDecaux in the underground station of Rome Flaminio.

Fattoria Scaldasole, the historic brand producing organic yogurt, opened the new year with an Out of Home campaign to launch its new brand identity, and the latest product...

"La differenza si sente" (“The difference is hearable”): this is the claim of the national coverage campaign created by Studio Marani with the photos taken by... 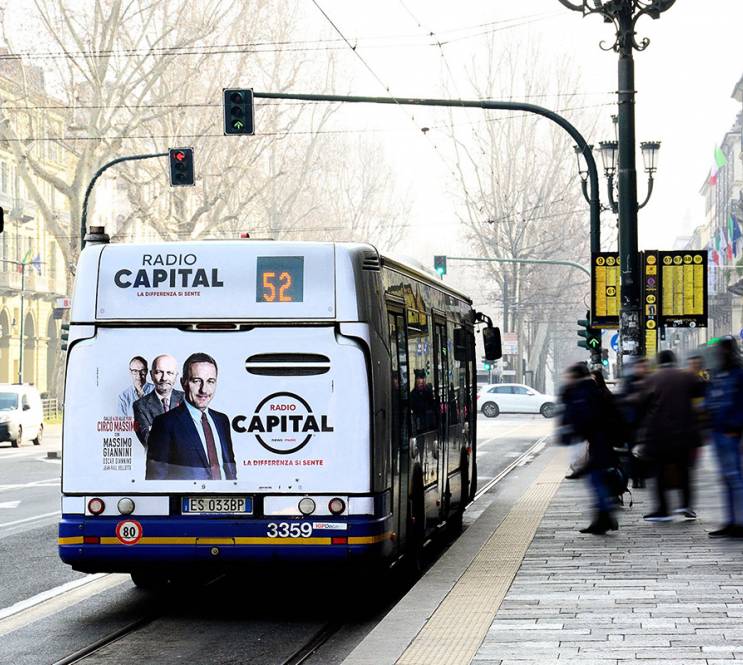